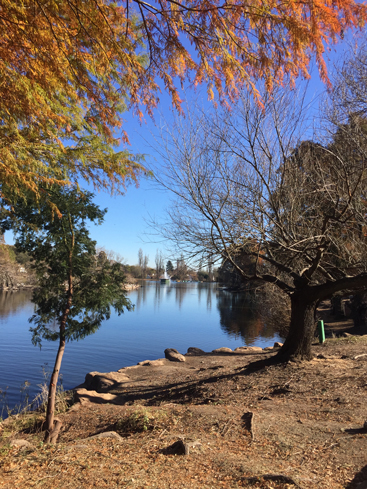 The Zoo Lake is situated in Saxonwold and is formally known as the Herman Eckstein Park.

In 1904 the land which includes both Zoo Lake and the Johannesburg Zoo was ceded by means of a Deed of Gift..."in trust for the inhabitants of Johannesburg...to be used for the purpose of a public park" by Werner Beit Comany - part of the Corner House group of companies, which later became known as Rand Mines.

During the Apartheid years the government was unable to restrict access to this park to all races by virtue of the wording contained within the Deed of Gift and during this time all the citizens of Johannesburg were able to enjoy the park. Its history of resistance is celebrated to this day.

All in all, the Zoo Lake covers an area of some 46,6 hectares.

The Coronation Fountain was built in 1937 to commemorate the coronation of King George VI. This fountain continues to play every day.

The first boating licence was awarded in 1911, and every weekend the lake is dotted with happy boaters.

The Bowling Club and Sports Club were established in the early'30's. The land was donated to the city by Herman Eckstein who stated that the park around the lake should be “a Park for the People”. Zoo Lake is therefore a place where people representing all races, cultures and creeds can be together in harmony with nature

The Zoo Lake has a publicly appointed committee to help the City administer the park, called the Zoo Lake Users Committee (ZLUC). Their motto is "A Clean, Green and Safe Park". The current chairman is Fran Haslam.
Go to top